The footwear company is betting on Chinese consumers’ preference for sustainability and ath-leisure, opening four stores across the country.

SHANGHAI — Allbirds opened its first China store in Shanghai last week, in tandem with its launch on Tmall and the unveiling of its dedicated Chinese web site. The direct-to-consumer footwear company is making a big play in China, taking a multichannel approach; investing heavily in retail space, and having a team of 25 employees in its Shanghai headquarters.

While some international brands have previously chosen to dip their toes slowly into the China market, perhaps testing the water by launching a store on one of the country’s big e-commerce players before making any major investments, Allbirds inked a deal with Swire Group to open four retail stores at their Shanghai, Beijing, Guangzhou and Chengdu properties by the end of this year.

“In the past, maybe traditionally, you would have done this with a partner or some sort of joint venture, but we wanted to do it with our team, and our story, and our ability to listen and learn,” said Tim Brown, the creative vision behind the firm and one of the brand’s cofounders, along with Joey Zwillinger.

Allbirds has four stores in the U.S., with a Seattle unit opening next month. Aside from China, the only other international store is in London, so the company’s play in the Middle Kingdom is sizable. It also demonstrates the belief the Allbirds founders have in Chinese demand for sustainable products. Europe is often seen as the early adopting region in terms of sustainable purchasing, so Allbirds’ prioritization of its China expansion could be a gamble.

China is a vast market, with many price-sensitive consumers not willing to pay a premium for sustainable products. “One common complaint for such products is that they are not stylish enough and lacking variety. The majority of Chinese consumers remain price-sensitive and put more emphasis on style and comfort,” said Economist Intelligence Unit analyst Dan Wang.

However, there is a growing group that would be willing to pay a premium, even though these are limited in numbers, noted Wang. “There is an increasing number of the urban middle class who have traveled to, or received education from, the U.S. and Europe, helping them to become more environmentally conscious,” she said.

Although it might seem like an oxymoron to promote sustainability while expanding production, scaling up can also offer some environmentally friendly benefits, according to the Allbirds founders. “With scale, you get some advantages. We can ask our suppliers to do more for us. As we get larger scale, and if we prioritize sustainability and a low carbon footprint, we can actually get better as we scale,” said Zwillinger, the company’s sustainability expert.

The brand used scale as a leverage point when negotiating with its Brazilian EVA manufacturer, Braskem, to produce its SweetFoam shoe sole made from sugarcane. “We pitched them on the idea that this is something you should do not just for Allbirds, but the entire industry. It involved a not insignificant investment in moving some pipes around, and we were able to get them to do it with the idea that we were going to launch it, and this was going to be an open-source innovation for the industry. Two years later, it was probably the biggest material innovation that we have had,” said Brown.

Although it is on-brand for the eco-friendly company to share this innovative sustainable manufacturing process with the entire footwear industry, it is not entirely altruistic. It also helps to reduce Allbirds’ cost price as scale increases and it becomes a more viable, mainstream option.

“Initially, when we started, we approached our factories with this nonnegotiable sort of purpose that underlined all the decisions that we were making, and they looked at us like we had six heads, and I think that that’s starting to turn. All of a sudden, now they are seeing us as a conduit to take material innovations to market,” said Brown. “I would say that’s one of the most heartening things about the journey that we are on — the change that feels like it is happening in our manufacturing base.”

Shanghai is an important city to the founders, as they discovered during their research that there were a lot of crossovers between their New York consumers and those in Shanghai. “We just found that the consumer of Shanghai is fairly similar, particularly when you look at Millennials and Gen Z, to our New York consumer, which is our biggest and best market. I think the world is just flattening a little bit in terms of global trends,” said Zwillinger.

Millennials and Generation Z certainly drive trends in the Chinese market, but some studies have yet to establish whether or not this user group resonates with sustainable concepts as much as other young consumers across the world. Concern for sustainable, ethically sourced products is a major global trend, according to OC&C Strategy Consultants’ recent global survey of Generation Z consumers. China’s Gen Z consumers are in step with their European and U.S. peers, having increasingly high expectations for brands and spending time researching them, but Chinese Gen Z engagement is not yet fully reflected in their actual purchasing behavior. The report showed that they have a lower tendency to prefer reusable products compared to older generations.

It could be argued, however, that Allbirds is hitting the market just at the right time, with their sustainable concept being a great message on which to build awareness. “The sustainability and natural ‘ingredient’ trend will only grow over time. While Chinese consumers value natural products, they have not gone into sustainable products yet. The observation that young people are more socially aware compared to other generations in the world will be the driver for this trend,” said Pascal Martin, partner at OC&C Strategy Consultants.

Allbirds is opening in top-tier cities in some of the most highly prized luxury retail properties in the country, prime locations for attracting middle-class, well-educated consumers. For future, or aspiring consumers, the company is easily accessible on Tmall or on the brand’s Chinese web site. “We can tell our brand story quite well through [Tmall] and so we don’t lose that one-to-one relationship. It’s not like a big e-commerce flee market. It is a nice, branded and curated experience,” said Zwillinger.

“What we have found, in a very short space of time, is that the e-commerce technology, and the approach generally, is more advanced than other markets that we are in, and there was a large opportunity for us to learn and understand best practice, so we can take that back to our different markets,” said Brown

Allbirds ath-leisure-inspired designs gel very well with the demands of Chinese consumers, with the ath-leisure trend showing no signs of slowing down in the country. “On a city level, the majority of the 40 cities we track on a quarterly basis still see strong growth — usually double-digit growth rates — in the sales of sports, cultural and entertainment products. This is related to an increasing awareness on health and the benefits of doing sports,” said Wang. She also noted that ath-leisurewear spending is not restricted to working-age, urban consumers. There is also a strong trend among retirees and children.

Wang remains upbeat on the ath-leisure market, believing that it holds great potential in China and that its growth will likely outpace that of retail sales and the overall economy. “Sustainable clothing and footwear will see strong growth, mainly driven by a growing middle class. Such a category of spending also bears an element of higher social class and good taste, and thus is likely to be especially welcomed by wealthy consumers,” she said.

Brown believes that the prevalence of ath-leisure around the world has more to do with a change in mind-set, rather than a fashion trend. “I actually don’t think it’s a trend, I think it is a fundamental shift in the way people work and how they play,” he said. “It was one of the original insights. It was one of the founding principles of our design approach, and I think it’s even stronger today than it was three years ago.”

Ustica and uni are good for the soul 🙌🏽 #Ust

A selection of beautiful outtakes shot by @theurba

#tbt and a belated mazel tov to the Feldmans on th

SHANG-BYE! It’s taken me a while to write this p

Stop! Hapa time! (Is it too soon to post a #tbt of

Booked a flight on Thursday, flew on Friday. 25 ho

Happy 100 days to my gorgeous goddaughter 💯💕

We moved mountains to get this shot (Mum kept blin

Finally made it! 🙏🏼📿🇳🇵#Kathmandu #N

#tbh to Shanghai Fashion week. For me, it was a we

A belated birthday post after a SHOCKING 17 hour d

Merry Christmas from the Prattens and two tall tre

Unfortunately, my skirt did not bring all the leop 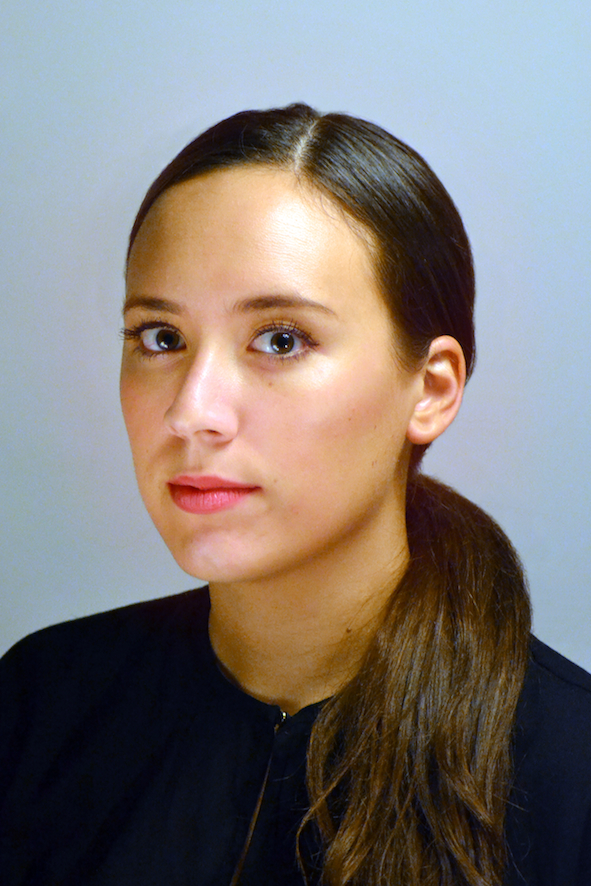 Earlier this month, Singapore managed to go to the polls during the pandemic. Was it controversial? Yes. Was it mad… https://t.co/Z4UxIBdpLX - 2 weeks ago

My latest for Vice. It was really interesting to dig deeper into collectivist vs individualistic societies’ approac… https://t.co/QvNkak42hG - 2 weeks ago

RT @kerrya11en: Another creative bit of linguistics in People's Daily today - people are seeing posters with the Chinese character for "Ame… - 2 weeks ago

Digital, millennial activists are not binary. They are not constrained by geographical locations or singular issues. https://t.co/7k1dZpoyqQ - 2 weeks ago

The Trump administration has a distinct lack of understanding about how to engage with China, which could end in mo… https://t.co/01xfIROVRE - 2 weeks ago

RT @relevantorgans: FUN FACT: There are more than four thousand Starbucks stores in China, a number that can always go down. https://t.co/4… - 3 weeks ago

Who even needs satire anymore? https://t.co/tHuMNJ1pJd - 3 weeks ago

Well this is going to take all the fun out of receiving cold calls 😂 https://t.co/p4GnMUEs61 - 3 weeks ago

This is so interesting, but does this mean the future is going to look even more dystopian/The Handmaid's Tale-esqu… https://t.co/99lraqfRtP - 3 weeks ago

RT @Angadgsingh: The #SingaporeElection was called during the COVID-19 outbreak. @Nyimapratten and I look at how the "Smart Nation" innova… - 1 month ago

And my (pretty much COVID-centric) showreel for this year... https://t.co/Sicx7Zd9lr - 2 months ago